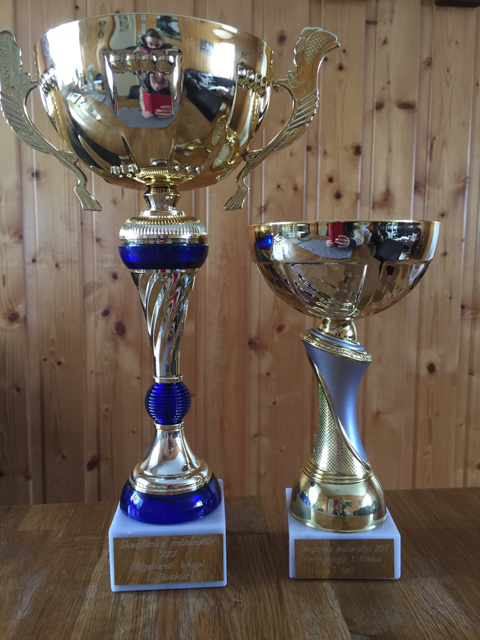 The final night of the Skagfirska mótaröðin took place 12th of April. Pétur and Maiju participated in fivegate and they made it both to the finals. They competed on the brothers Hlekkur and Njörður from Saurbær. Both horses are taking their first steps in fivegate, so it was a pleasing result to see them both getting into the finals. Pétur and Hlekkur won the competition and Maiju and Njörður came fourth.

Pétur got a special prize for winning the tournament.

He has been in finals in all the disciplines and won twice. Maiju did also a good job and was probably just a few points away from Pétur. A good ending to this winter competitions and a good preparation for the summer.

Here are some photos from the tournament this winter. 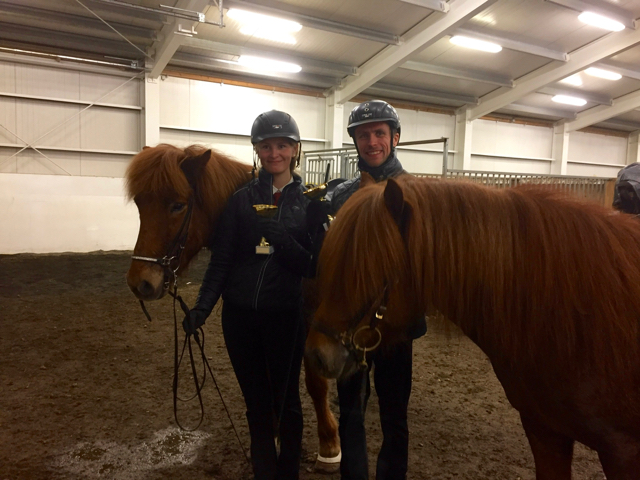 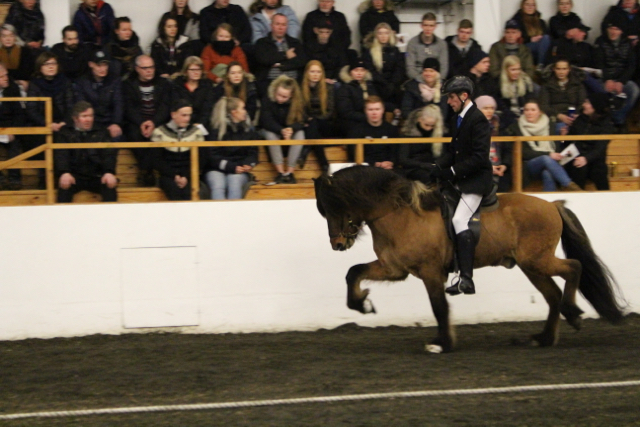 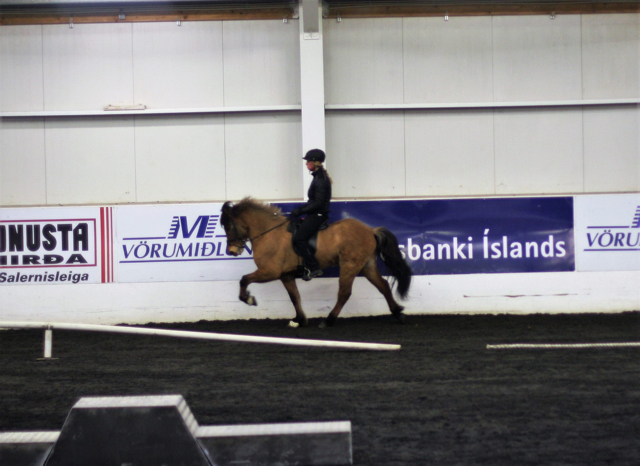 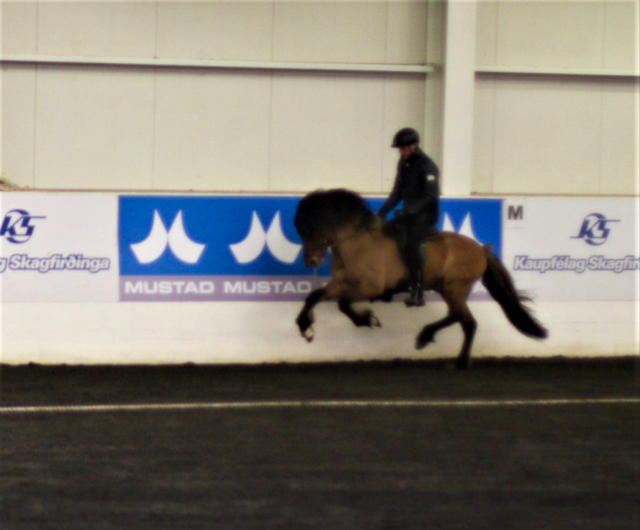 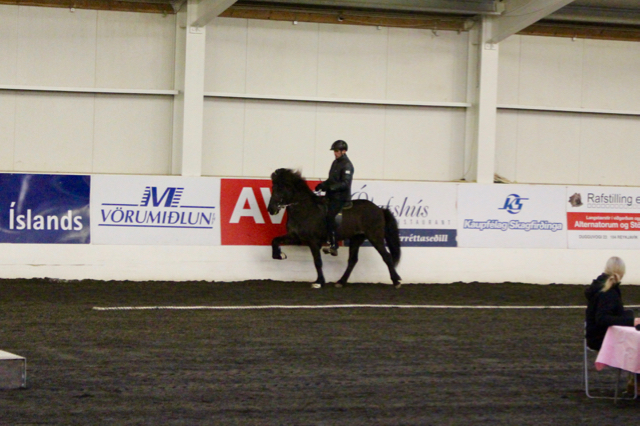 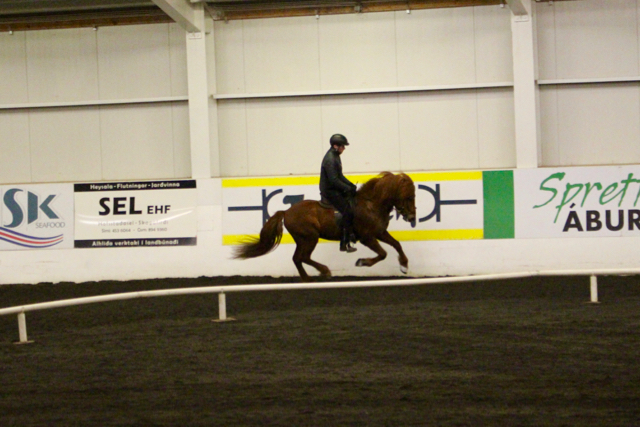 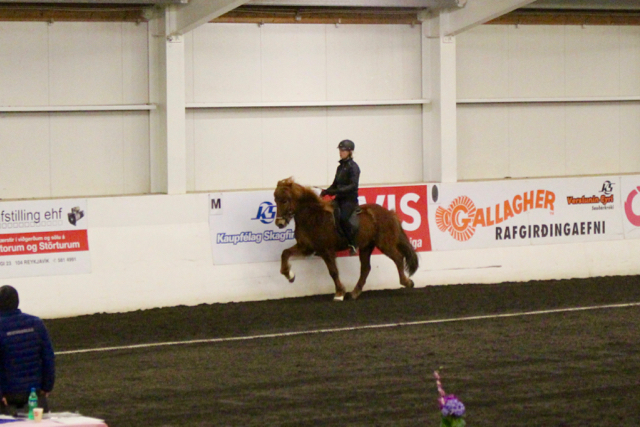