First competition of the year 2017 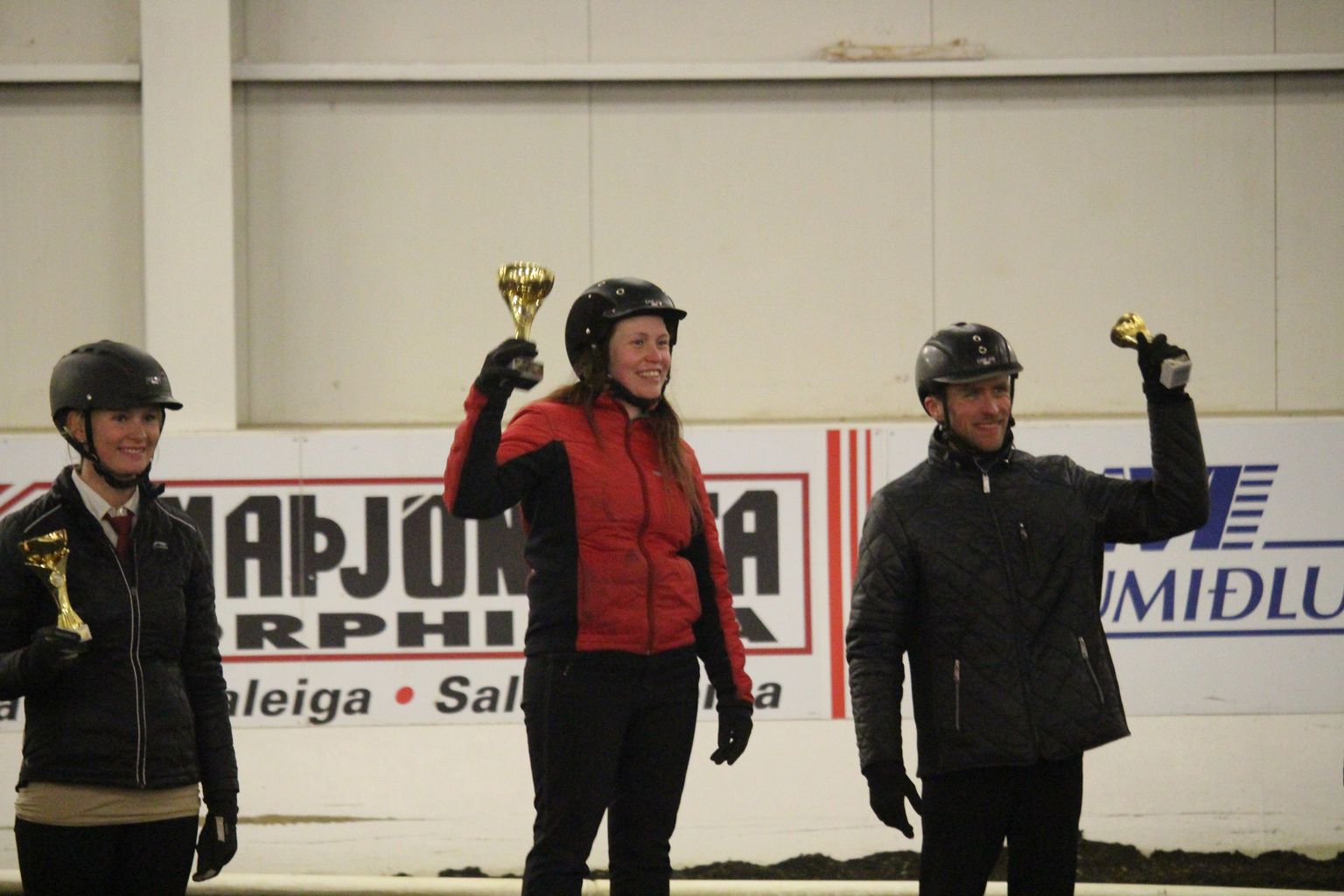 Pétur and Maiju participated yesterday in the first competition of the year in V5 and T7 and made a great start in 2017. Pétur won 1. class in tölt with the character 7,0 on Greip from Sauðárkrókur, which is a mare we own.

Maiju came also into the finals in the tölt with her five gaited mare Elding frá Hvoli. Maiju was in second place in 1. class V5 with the character 6,75 on Vopni frá Sauðárkrókur. It was a great start for them in there first competition ever. Pétur was in third place in four gate with the stallion Gyllir frá Víðidal, they where also starting their first competition together and made a good impression and a promising show. Pétur came also with Greip into the finals but decided to ride Gyllir in the finals. Here are few photos from the competition.